In mid-January, Ani Lorak presents an acoustic version of the song "New Ex-Boyfriend".

In early February, Ani Lorak makes a press conference in Minsk about upcoming premiere of the show DIVA.

February 16 in Minsk Arena Ani Lorak presents a grandiose show DIVA, that was preparing but singer's international team for a whole year.

On February 25, the premiere of the show DIVA takes place in the Ice Palace of St. Petersburg. Tickets were sold out long before the date of the concert.

On March 3, Ani Lorak with a stunning success presents the show DIVA at the Olimpiisky Sports Complex in Moscow.

The next day, Ani Lorak gets "The Best Female Singer of the Year" at ZARA Music Awards.

In the beginning of May, Ani Lorak visits Australia for the first time, where she has sold out concerts.

At the end of May, Ani Lorak's show DIVA gets award as the best show of the year at the 8th Russian Music Award of RU.TV.

On the last day of May Ani Lorak presents a new single as a music video for the song "Crazy". This song was first performed at the premiere concerts of the show DIVA.

In the beginning of June, Ani Lorak's show DIVA is recognized as the best concert show of the year at the Fashion People Awards 2018 in Moscow.

At the MUZ-TV Award 2018 Ani Lorak and Mot get the cherished award for the song "Soprano" - the best duet of the year.

Ani Lorak voiced the main character of the animated film "Princess and Dragon". Also, the singer recorded the official soundtrack in Russian and English to this cartoon.

In late July Ani Lorak goes to the festival "ZHARA" in Baku. This year the singer became the record holder in number of performances.

In August it became known that Ani Lorak is one of the trainers of "The Voice" new season on the First Channel.

In September, Ani Lorak takes part in the "New Wave 2018" festival. The singer is a member of the honorary jury of the international competition.

On September 27, on Ani Lorak's birthday, it was a closed premiere of the documentary about the creation of the show DIVA, where the most devoted admirers of the singer were invited.

On the last day of September, Ani Lorak won in two nominations: "Best singer" and "Show of the Year" for the sensational show DIVA at the MUSICBOX Awards.
Ani Lorak is taking part in a global project dedicated to the release of one of the most anticipated film Bohemian Rhapsody this fall. Musicians from 18 countries gathered in London to pay tribute to one of the greatest bands in world history, Queen.

In mid-October, Ani Lorak presents a new single, “SON”, which was created in collaboration with a new music team.

The show "Diva" is recognized as the "Best Concert Show of the Year" by MODA topical.

At the end of November, Ani Lorak gets the Golden Gramophone award for the song “New Ex-Boyfriend”.

At the "Major League" Awards (New Radio), the song "New Ex-Boyfriend" was awarded the "Golden Siren".

In early December, the song "Crazy" is recognized as the "Song of the Year" by music television festival.
Biography
Ani Lorak is one of the strongest vocalists of our time. Singer of incredible beauty, her unique voice of 4.5 octaves gained millions people around the world! Her life credo is to serve people with a song, to be sincere and true, sing from the soul, believe in good and bring the light, go forward and never give up, whatever happens on her way. From the very childhood, Diligence and persistence helped her to win the title "DIVA" in our show business. 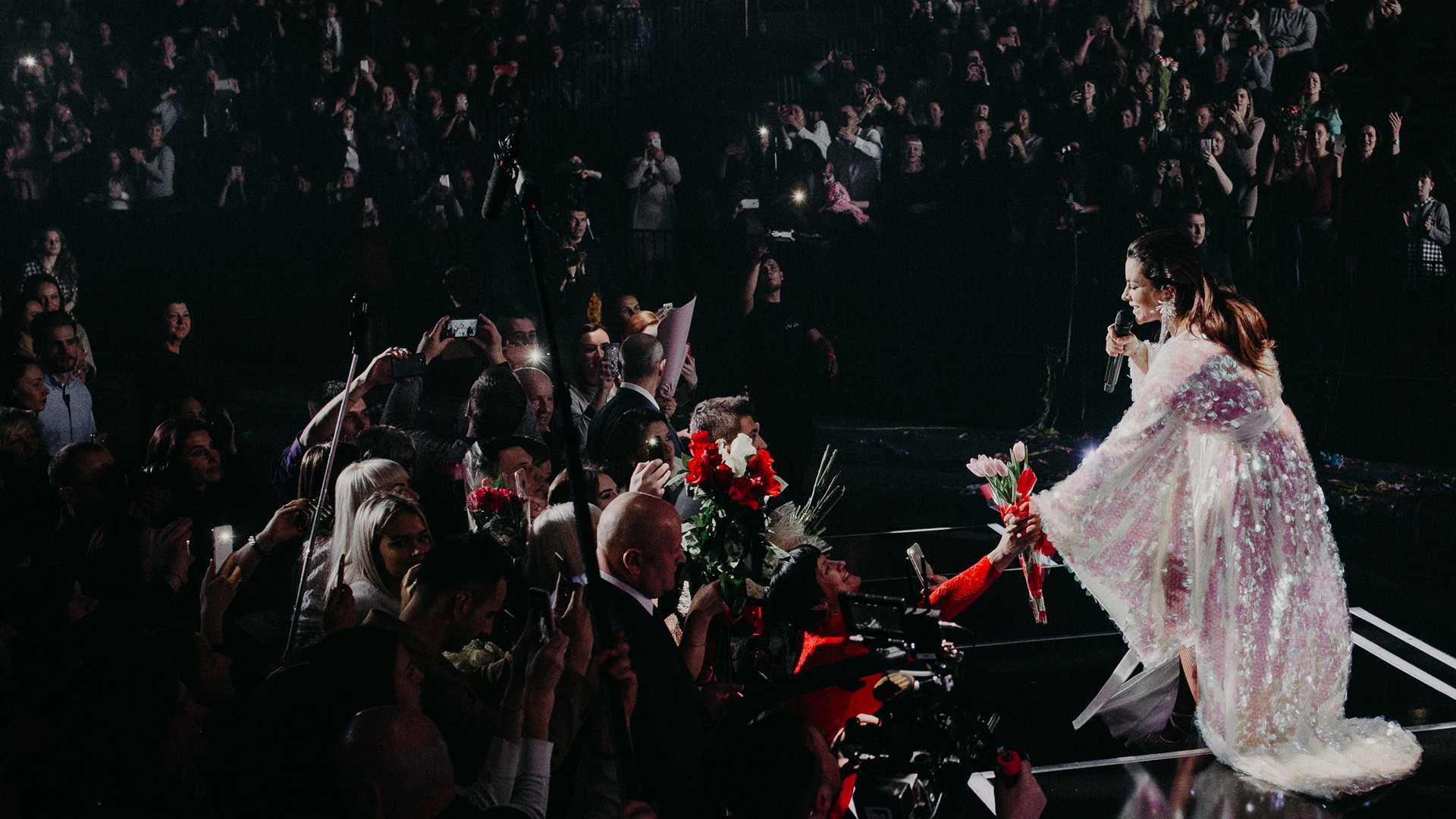